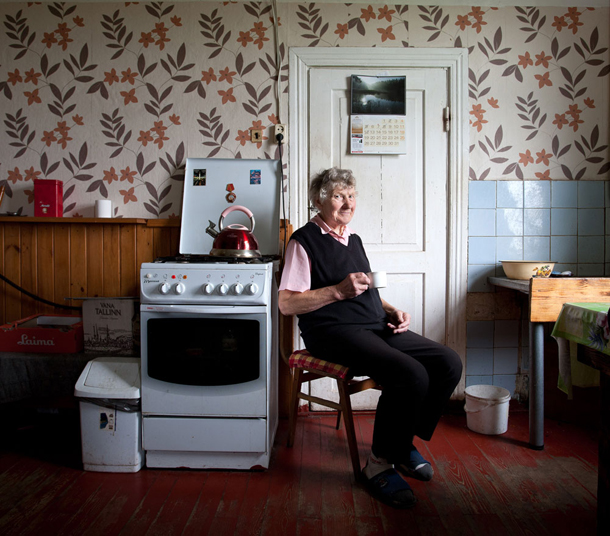 SabÄ«ne lives alone now and has four children and eleven grandchildren. Three of them live nearby and help her, while her son JÄnis has emigrated to Ireland and now lives in Cahir Co. Tipperary with his wife and two children. In a telephone conversation JÄnis explained; âI came to Ireland to get a job and make money. I donât think I will ever return to Latvia to live as my children are now settled here and go to school, Ireland is our home nowâ. It is estimated that in 2011 over thirty thousand Latvians were living in Ireland.
Nowadays, she said, you cannot really trust people. Sabine says her house was built in 1936 and originally was a house and office of the local wood keeper. During the war the house was used as an army hospital. Sabine moved into her home in 1956 and used to work as a vet.