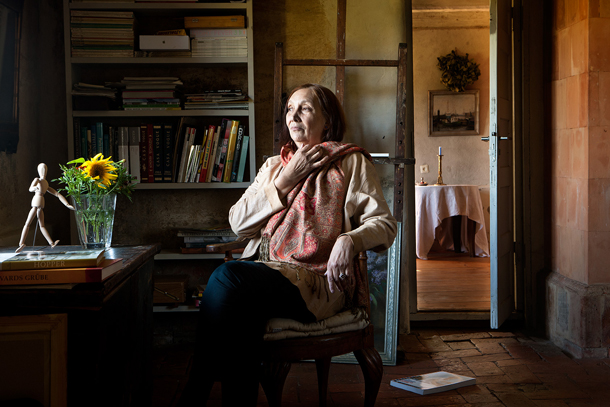 When she was young, Margita played a game in which she imagined travelling to different places. She remembers that she must have been about ten years old because she was aware that she could not cross the border. âThe young people today donât know what it was like. I was lucky; I married an artist who was older than me. He was much more stable and stronger than I was and because of my young age I was glad he was there to guide me. His wisdom, broad mind and inner peace influenced me so much. We managed to create our own environment, atmosphere and lifestyle that was extremely different from normal peopleâs lives. It was of course possible because artists were very highly rated during Soviet times. We would put on our old long playing Jazz records and pretend that we were in Paris. In our minds we were free but in reality we knew we could never cross the borderline of the Iron Curtain. It was not like we tried to escape the reality through music – but we built the world around us and we felt international. It was through jazz music, we subscribed to Domus and Vogue magazines from Italy and spent careless summers with our friends from the artist background talking about art, literature, and refusing to live the depressing grey life we saw around usâ.